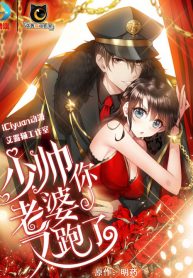 хондан манҳуа Marshal Your Wife Run Away also known as:

Marshal, She Ran Away Again!

This Completed манхва was released on 2017. The story was written by ICiyuan dongman, yi lu maoand illustrations by Lu Mao Jiaru Shijian Artist. Marshal Your Wife Run Away is about Drama, Historical, Josei, Манхуа, Romance, Smut.

the epic revenge – Si Cheng Bai and Gu Qing Zhou! A great story.... A well-organized trap makes her embark on the journey of revenge. Innocence is her disguise. She swears to herself that she will make them pay whatever it takes. An unexpected encounter, she messes up a bossy and cold- hearted man. What surprises her most is that that man asks her to marry him! On the scale between life and freedom, what is her choice? and The seemingly naïve girl is plotting a revenge. Every coincidence is a precise calculation. Every accident is a well-considered act. It’s romance against fate between Qingzhou Gu and the Young General. What will happen to this ambitious girl who’s so determined to take back the heritage from her mother? The epic revenge and romance is unveiled now!