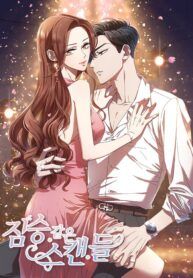 A BELLE OF THE BALL…
Lady Annabelle Marchant was a belle of the ball in London until she used her psychical senses to save a man’s life. She failed miserably, leaving him dead and her disgraced. All she wants now is a chance to comfort his widow by cleansing the woman’s home of her husband’s restless spirit. But the widow’s son, the beastly Lord of the Manor, accuses her of coming to the wilds of Cheshire to snag him as a husband. Thoroughly disgusted, she is bent on proving him wrong.

…BECOMES PERSONA NON-GRATA…
Rufus Marlesbury, the Earl of Terrance, is suspected of murdering his father. He has come home to clear his name by finding the real killer before the new year or Rufus will be called in front of the House of Lords to answer for the crime. He does not have time to waste fending off a marriage-minded miss who has inveigled an invitation to his home by playing on his grief-stricken mother’s worst fears.

…WHEN A MURDERER IS ON THE RAMPAGE
With an unruly manor ghost terrorizing the occupants and corpses piling up in the village, Belle must find a way to see the man beneath the beast and Rufus must learn to believe in the love of a woman who has no reason to trust him. Only by working together can they stop a vengeful ghost before it torments the guests or before the killer strikes again.